Although I never saw the man in concert, one of the most memorable musical experiences of my life was listening to a cassette copy of The Inflated Tear on a Walkman early one misty morning in the grounds of a priory in Hertfordshire. It was the title track in particular that affected me, the beautiful melody pierced with haunting heartfelt cries that I took to represent the medical accident Kirk suffered as a young child that blinded him for the rest of his life. But perhaps they were cries of exaltation, because – good luck, bad luck, who knows? – maybe being blind was the making of him as a musician.

It certainly seemed to make him susceptible to what he saw in dreams. He dreamt his first name, Rahsaan, for example; and, the stuff now of legend, he dreamt how he would appear and sound playing three instruments at once. Reputedly, he went out the very next day to a music shop and tried every reed instrument in the place before being taken into the basement, where he found two outmoded members of the saxophone family once used in Spanish military bands: an elongated straight alto called (probably by Kirk himself) a stritch, and a kind of slightly bent version of a soprano called a manzello. However they got their names, Kirk somehow worked out a way of playing them both simultaneously in conjunction with his main instrument, the tenor sax. He created a unique and unforgettable sound resembling a one-man horn section playing descant ever-so-slightly discordantly: just one of the facets that made him on one hand a true original while laying himself open on the other to inevitable slights of gimmickry.

Here he is playing 'Pedal Up', his perennial rousing crowd-pleaser that I first heard on the coruscating live album, Bright Moments, the title that John Kruth would give to his biography of Kirk. One reviewer on Amazon described the album's impact as 'like eating your last pork chop in London England cause you ain't gonna get no mo'...' Well, perhaps. Kirk, like Thelonious Monk, was an inveterate wearer of remarkable hats and here he wears a top hat (and tails): a man who never did anything by halves (apart from the second disc of his three-sided double album, The Case of the 3 Sided Dream in Audio Colour, that is). It's a headlong, breathless rush of ideas from start to finish. 'Breathless' being the operative word, as another of Kirk's 'tricks' was circular breathing. Apparently, the business of taking air in as you blow is not quite so difficult as one might imagine, but the trick that Kirk mastered was to make it so seamless as to stretch the drama of the anticipated breath almost to breaking point.

The 'black master of black classical music' is introduced at the 1975 DownBeat magazine show of their poll winners of 1975 by Q himself, Quincy Jones, soon to make his remarkable transition from musician and arranger to producer of Michael Jackson et al. Après Q, le déluge. I even exhorted my wife to watch what follows, because it is so extraordinary: a blind man in top hat and tails playing a tenor and a stritch simultaneously and seemingly in one breath. She avowed that she'd never seen anything like it in all her born days. Note the way at just under the two-minute mark, Kirk removes the stritch to solo on the tenor without missing the slightest beat and then proceeds to emulate Coltrane's 'sheets of sound' technique, even throwing in the briefest of quotes from 'My Favourite Things' at around 2 minutes and 30 seconds. Again, without missing a beat, he pops the stritch back in for the conclusion of his solo before turning away and leaving the floor to McCoy Tyner. It's just a brief solo from the pianist, another torrential creative force, but it gives a good idea of how he paced and complemented Coltrane in his pomp for the five or so years he was with the master. Kirk then picks up the baton again and signals the band to slow things down around the four-minute mark for a final, solo performance during which he gives us another of his party pieces: playing two different tunes at once on different instruments – first with the stritch in a kind of Middle Eastern drone role as he solos on the tenor and then, briefly, as he appears to play two different tunes at different speeds. As his breath finally gives out, he turns to face drummer Lenny White – and it's all over. Next up, it seems, is Chick Corea, with whom White and bassist Stanley Clarke played for several years in Return To Forever.

Rahsaan Roland Kirk was indeed a showman and a crowd pleaser, but he was far more than that. With his eyes wide shut, he could sit in with Charles Mingus, he could do Coltrane, he could do New Orleans classical jazz, he could do gospel and big ballads, and he could do pop tunes. An album like Blacknuss, for example, is full of radical transformations – of Motown (Marvin Gaye's 'What's Goin' On' and Smokey Robinson's 'My Girl'), disco ('Never Can Say Goodbye'), soft-rock (David Gates' 'Make It With You') and soul (his brilliant take on Bill Withers' 'Ain't No Sunshine', which typifies the breathy flute technique he developed that would influence Ian Anderson of Jethro Tull for one. There's a great performance of his 'Serenade To A Cuckoo' that also illustrates this technique while giving a glimpse of another innovation, his 'nose flute').

He had a particular affinity for Burt Bacharach and the only video that came close to my chosen one was this performance from 1969 of 'I Say A Little Prayer', a song more associated with Dionne Warwick and Aretha Franklin. It's another video that made me break out all over in goose bumps – for several reasons: for Kirk's and percussionist Joe Texidor's egregious hats; for Henry Pearson's hyperactive bass playing; for pianist Ron Burton's apparent calm among the musical mayhem; for the audience's sang froid in the face of the conflagration on stage (being 1969, maybe half of them were stoned). And was that an infinitesimal glimpse of Bill Wyman in the crowd when Kirk briefly plays all three of his saxes together?

One commentator suggests that Rahsaan Roland Kirk was the personification of the term 'life force'. Given the mistral of creativity that must have howled permanently through his cranium, it's maybe not so surprising that Kirk suffered a stroke in 1975 that paralysed half of his body. Given that it happened to a man who overcame childhood blindness to become such a one of a kind, it's maybe not so surprising that Kirk adapted his technique to play his instruments with one hand. He went on recording and touring until a second stroke carried him off in 1977. He was 41 years old, an age when many of us are just beginning to find our way in life. Rahsaan Roland Kirk, the multi-instrumentalist, dreamer and musical explorer, was extra-ordinary and un-classifiable. God keep you, Roland Kirk. 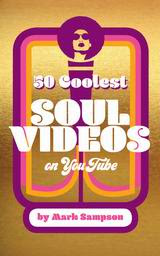